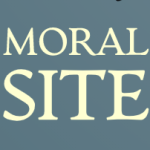 Is 2020 is bad for all countries and peoples?

If you guys thinking answer of this above question then stop thinking because the answer is “YES”. why? If you start reminding from January many huge bad incidents happen all over the country you can’t imagine you faced this much difficulties in this whole year. If you found you can catch only a few people and country those who have not faced any problem in 2020. The bad incidents are Assam Flood(India), Burst volcano(Philippines), deluge floods(Indonesia), The coronavirus (World), Bushfire(Australia), Earthquake in(Russia, Asian countries, Turkey), Locust swarm attack(India, Pakistan, Africa), Cyclone (India, Bangladesh), Dense forest fire(India)

In the Philippines there are many volcanos are there like Taal volcano. It last happens last 43 years back. It called 2nd big volcano in the Philippines. This year it happened on 13th February and the ash dust-covered 150km around the volcano. No peoples are injured in this incident. So for Philippines peoples, 2020 year is very bad for them.

At Jakarta Indonesia due to heavy rainfall flood condition will happen in Indonesia. It happened on 1st January 2020. 5 lakh peoples suffered due to this flood. many of their houses broked due to landslide. 60 peoples over there lost their homes due to landslides.

when we start our journey in 2020 we got news from china about coronavirus. We didn’t care about the virus when it started from area to another we realise it’s very pandemic. China recovered it and stop the virus but over the time it spread all over the world and still now many countries suffering. Now corona rising around the world. So many countries now take the lockdown from their areas to prevent and stop the coronavirus. Still now lakhs people are already dead and corona cases are rising and death cases are increasing day by day. This year really bad for all because of this.

Australia has the largest forest in the world in Dec 2019. In the late-night fire catch on the dense forest and destroyed so many areas and it harmed animals also. more than 35 peoples are killed during this incident. One that day the sky turns orange it also affects Newzealand weather. More than 450 people are killed due to bad inhalation.

In 2020 specific Asian countries, Russia and Turkey major Earthquake happen in this year. It destroys so many houses also.

In the month of February the locust swarm found in Indias 4states like Madhya Pradesh, Chattisgarh, Gujrat, Haryana. It first found in Africa and East Africa. After that, they come to India. Indian government declare that to protect spread medicine over them and play loud music. They do not injure any animal, human they just destroy the crops.

In the month of May, a cyclone hit in Kolkata called “Amphan”. It affects Kolkata and nearby Odisha border also. It affects in Odisha Bhadrak and small villages. During this May month corona rises in both of the state Kolkata and Odisha. For affected area people very challenging to face coronavirus as well as a cyclone. After hitting at Kolkata it destroys all the places of Kolkata and it goes towards Bangladesh.

This fire happened at Uttarakhand. The fire burn continuously 4days long And it destroys nearly 52 hectares. The forest departments say the cost of damage is more than 1lakh and its effects upon animals also.

If you like this Blog scroll more and find Interesting stories and news here.